I made it to Bologna! My flight ended up arriving almost an hour early, so I switched my train ticket for an earlier train from Milan to Bologna, and was on my way! By the time I met up with my aunt, it was about 12:30 local time. I had been traveling since about 10:30 Eastern, the previous morning, and despite having been on the move for about 16 hours, I’m operating on about 1.5 hours of sleep (I think 16 hours… tired brain is convincing me it’s not worth checking my math right now.)

Anyways, after a small tour around Bologna and a severely necessary shower, my aunt and I walked from her house into town, in part to help me stay awake, but mostly to run a number of small errands. Along the way I picked up a SIM card for the trip and grabbed some gelato, which was pretty great. I got a small cone, which still came with two scoops of any flavor. I went with mango e cioccolato, a bit of a weird combo, but the dark chocolate ended up complementing the sweet mango nicely. 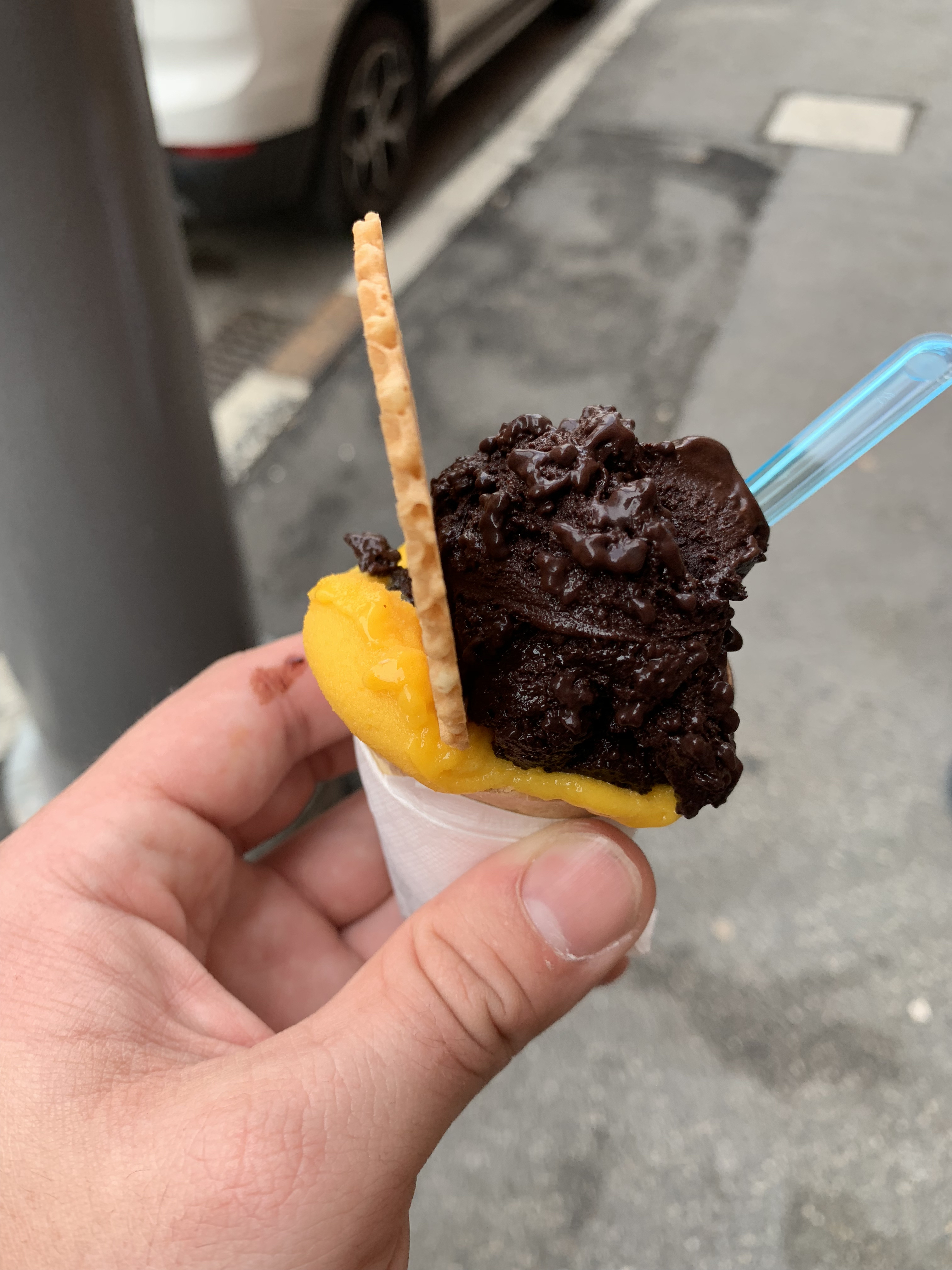 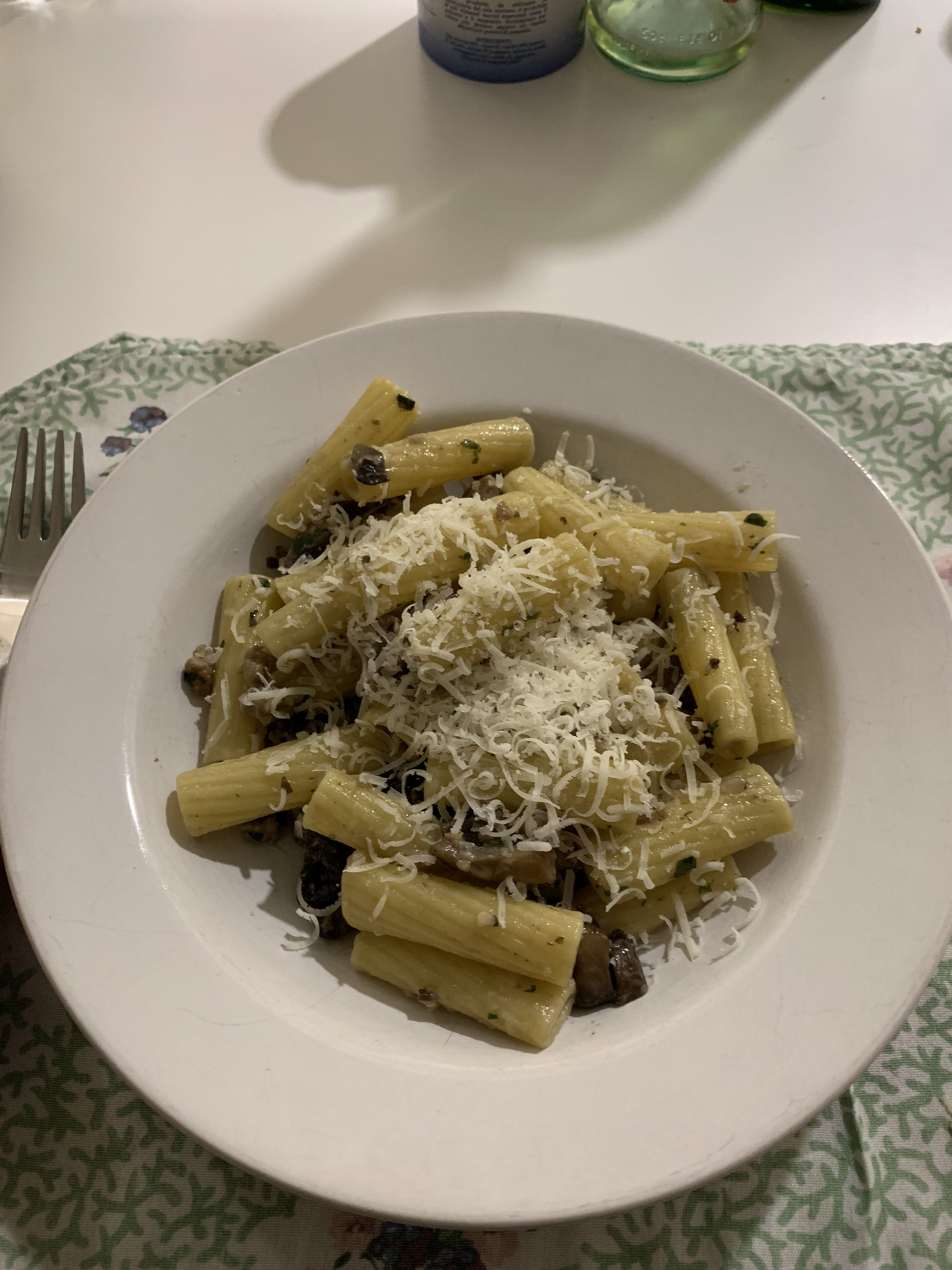 After returning from the walk/errands, I collapsed on the bed in the guest room, and worked very hard not to pass out; it was only 16:00, and I wasn’t going to let jet lag get me this time. A little while later, my aunt offered to make a sauce with pasta for dinner, which I gladly agreed to, hoping the food would fuel me for even an hour longer. The pasta was excellent. Not too showy or over-the-top with flavors, simply mushroom, spinach, and sausage, with a little low fat cream, topped with fresh parmesan.

In an unrelated note, a few minutes ago I got an email for Hacktoberfest. If you’ve never done that before, you absolutely should! It’s a lot of fun! I’m even going to try earning my t-shirt during my travels.